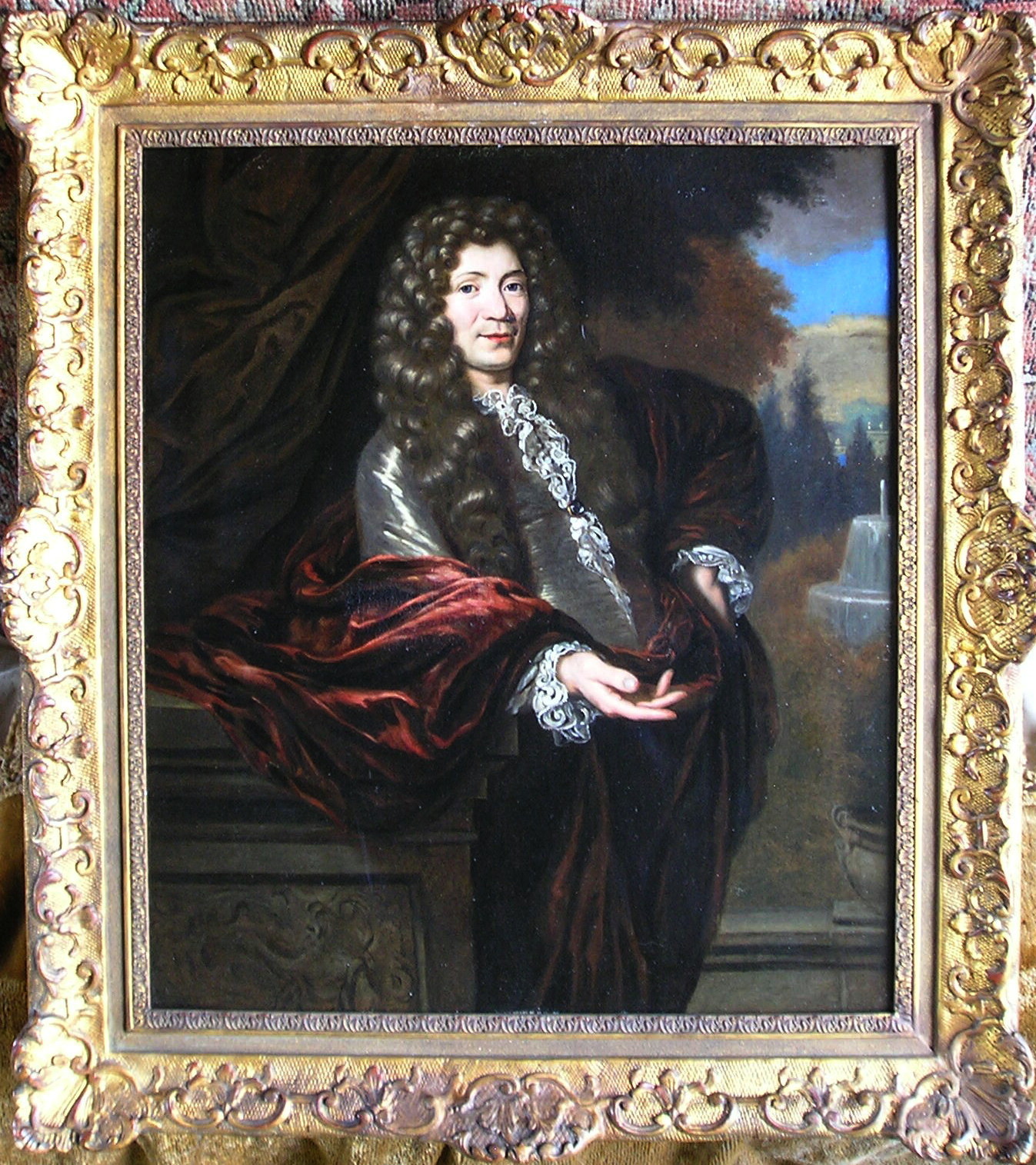 I am grateful to Dr Robert E. Gerhardt, who is compiling the catalogue of van Musscher’s works – to include this portrait – for his views on this painting and suggesting an artist likely to be working in the painter’s circle. Previously, Dr. Marjorie Wieseman, curator of Dutch Pictures, National Gallery, London suggested van Musscher as a possible attribution based on photographs.

Born in Rotterdam, Michiel van Musscher received an eclectic training: initially with the history painter Martin Zaagmolen in 1660; then with Abraham van den Tempel from 1661; Gabriel Metsu in 1665; and Adriaen van Ostade, in whose studio he spent three months in 1667. He was back in Rotterdam by 1668 but later moved to Amsterdam, where he officially became a citizen in 1688. It is perhaps not surprising that the portraits and genre pieces painted in the 1660s display a variety of influences, not just of those artists under whom he studied but also of other exponents of the genre including Frans van Mieris and Nicolaes Maes. Indeed, Maes was to paint Dirck Munter’s brother, Cornelius in 1679 when he became town clerk (Amsterdam Historisch Museum).

By the 1680s van Musscher had turned almost exclusively to elegant portraits of wealthy merchants, judges, and members of Amsterdam’s ruling families. Such was his popularity and fame other Amsterdam based painters happily adopted a similar approach to his composition and style, as is clear with the portrait presented here. As intended, power, wealth and influence exude, from the expensive curled wig and grey silk coat to the lace cuffs and shirt front so prominently exposed; the luxury of the setting is enhanced by the red cloak that falls from Munter’s right shoulder and the brown heavy drape to the left that acts almost like a theatrical curtain revealing the scene. Leaning on an ornamental stone plinth and gesturing forward to us, we are invited in to admire him and the elegant parkland setting – maybe a family country estate perhaps of idealized form – rolling out behind: Munter’s distinguished social status clearly emphasized.